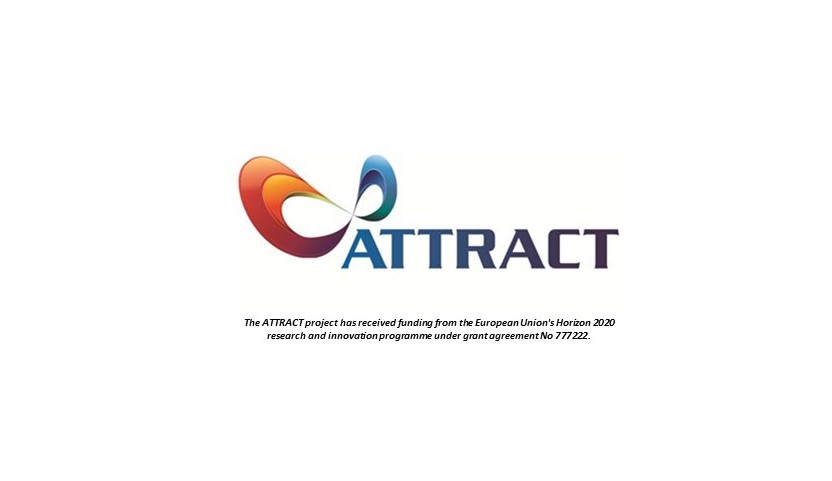 BNC is pleased to announce that it has won two EU ATTRACT grants worth €100,000 each to develop technologies in two areas of sensing/detection: VL4BD: Viral lasers for biological detection and DetectION – Capacitive detection of high value pollutant ions, which will be developed with their partner organisations, UCL and Imperial College respectively.

The ATTRACT project, which is part of the European Union’s Horizon 2020 programme, finances breakthrough ideas in the fields of detection and imaging. The selection committee had to choose from 1200 proposals from scientists and entrepreneurs in Europe and beyond to select the 170 winning proposals, and BNC was one of only a handful of SMEs that won grants for more than one project.

The projects are outlined below:

VL4BD: Viral lasers represent a disruptive breakthrough in biological sensing with the potential to unlock new avenues of discovery in health research and the life sciences. The interdisciplinary technology bridges laser physics and synthetic biology to tackle biological sensing problems. The inventive use of laser phenomena gives the technology its unprecedented signal generation capabilities, but the role of synthetic biology is equally important, enabling target biomolecules to be bound with the same affinity as state-of-the-art antibody probes.

DetectION: Increasingly ion pollution in water is precipitating environmental and health problems of varying orders of magnitude all over the world and closer to home throughout continental Europe. There is, therefore, a need to counteract this pollution. The aim of this project is to create state-of-the-art technologies and strategies  based on capacitive deionisation and ion-selective electrodes to create next generation capacitive electrodes to repeatedly and reliably detect and sequester aqueous ion pollution.

BNC CEO Dr David Sarphie commented, “Winning two ATTRACT grant awards for these outstanding projects against such strong competition provides independent validation regarding the impact potential and commercial-viability of these technologies that address key problems our world is facing. I am very pleased for the two teams involved and excited about the opportunities to showcase these two technologies in twelve months’ time.”

Now in its twelfth year of operations, Bio Nano Consulting was the first consultancy in Europe to focus at  the interface between bio and nanotechnology, providing technical, product development and strategic consultancy, project management and access to world-leading researchers and state-of-the-art instrumentation.

ATTRACT is a pioneering initiative organised by researchers at CERN to bring together Europe’s fundamental research and industrial communities to lead the next generation of detection and imaging technologies.  The ATTRACT project has received funding from the European Union’s Horizon 2020 research and innovation programme under grant agreement No 777222.